It’s a comfort that Davao City Mayor Inday Sara Duterte-Carpio only took to social media in her verbal scrimmage with Senator Risa Hontiveros over the Marawi siege.

Remember the case of the court sheriff whom Inday Sara mauled in public for refusing to hear her pleas to stay a court order to demolish over 200 urban poor shanties in Davao City? Captured in video, the now famous “Sara Punch,” a reminder of how far Inday Sara can go in defending the poor, made headlines on national television.

We would not say that Madam Risa avoid Davao City or face the same fate as that of the court sheriff. But it would be wise that she, like Senator Antonio Trillanes, Congressman Gary Alejano, elements of the Human Rights Watch and Jun Alcover and the other critics who throw mud without let-up or reason at the Dutertes, avoid setting foot  in Durian City while the temperature is hot.

But there is no assurance that the Inday Sara-Hontiveros clash would not go physical, with the senator of late firing dirty, bellow-the-belt scud missiles that deserve more than a reply in words on Facebook from Inday Sara.

We personally know Inday Sara to be upright and cool, except if you step on her and others’ toes.

She has her heart on the down trodden.

In the heated exchange in Facebook with Hontiveros, Inday Sara  was defending the down trodden people of Marawi City suffering in the hands of the terrorists and hitting the senator for trying to downgrade the crime of the Moro marauders. According to Inday Sara, Hontiveros is protecting the rebels in her public statement.

In a recent interview, Hontiveros said the siege in Marawi by terrorists is not rebellion.

Inday Sara took to social media to assail Hontiveros over her statement that she said is abetting rebellion. She even went to the pain of asking the Department of Justice for the definition of rebellion in order to educate the senator.

The word war between the two is ongoing as the fierce fighting in Marawi is ongoing.

At first, it was not as bloody as the Marawi siege, but Hontiveros, lately,  has added firepower to her missiles.

Because she is accusing her of abetting rebellion, Hontiveros said that Inday Sara, her long-time acquaintance, has metamorphosed into the likes of the late President Ferdinand Marcos and former President Gloria Macapagal-Arroyo.

“This is the same tactic used by the late dictator Ferdinand Marcos against democracy defenders like Soc Rodrigo, Lorenzo Tanada, and Ka Pepe Diokno,” Hontiveros said in a statement.

Firing more bullets at Inday Sara, the senator said that “even then President Gloria Macapagal Arroyo resorted to this when she accused journalist Tina Panganiban Perez of abetting a rebellion when the latter was simply fulfilling her duty as a member of a free press.”

Completely outside of the parameters of the original subject of their word war, this brutal attack on the person of Inday Sara by a Hontiveros siege should deserve a more brutal response from an Inday Sara siege.

And a now more dangerous Durian City for  Hontiveros if she is brave enough to visit after this bellow-the-belt attack on Inday Sara who has no qualms about mauling in public a government official who pushes down the poor and the down trodden deeper.

We said Inday Sara has her heart on the down trodden.

We personally know her to be upright and cool, except  if  you step on her toes.

To Inday Sara, Senator Hontiveros stepped not only on her toes but also on that of the government now headed by Inday Sara’s father, President Rodrigo Duterte,  and the people of Marawi City now suffering from death, fear and violence inflicted on them by the Maute and Abu Sayyaf terrorist groups.

Hontiveros also stepped on the toes of the police and military personnel risking their lives to protect the people and democracy by driving away this rebellious nincompoops using the Muslim religion as cover for their atrocities.

Whichever way you look at it, the Maute-Abu Sayyaf terrorists are rebels engaged in rebellious act to carve out part of the nation as their own.

But to Hontiveros, the terrorist attack on Marawi City is not rebellion.

Having started his political career as a lackey of a progressive group that  espouse rebellion against government, Hontiveros certainly knew what rebellion is.

On May 22 while the peaceful predominatly Muslim city of Marawi was preparing for the coming Ramadhan, a horde of the Maute Group and its brother-in-violence Abu Sayyaf Group launched an attack and occupied parts of the city.

Now on its 21st day since the attack, troopers continue to engage the rebels in fierce fighting.

The death toll is hair-raising: 20 civilians dead and 58 soldiers killed. Never mind the 198 terrorists killed in the fighting. They deserve their fate. About a hundred of the demons are still embedded in fortified homes and buildings and tunnels in the heart of the city with civilians as human shield. Residents have fled the city for safer grounds. About 2,000 people are trapped in the war zone. The fighting continues and nobody knows when it will end.

And then here comes Senator Hontiveros in defense of the Moro rebels.

Hontiveros is saying that the Marawi siege is not a rebellion. We sympathize with her for her ignorance fed by personal political agenda. She is one of the vocal critics of the Duterte administration, having in her company the pitiful left-overs of the Aquino administration who do nothing but criticize Duterte.

Political agenda can dull the senses to the point that an elected official, like Senator Hontiveros, will sell her principles to protect terrorists.

Inday Sara could not be wrong in saying that Hontiveros is acting like a spokesman of the terrorists by saying that the bloody siege on Marawi City of the Maute and Abu Sayyaf terror gangs is not rebellion.

If Hontiveros can read, hear and see, she would have learned that the terrorists attempted to raise the flag of ISIS at the Marawi City Hall and the Provincial Capitol. She would have known that the Marawi siege has been defined as an act of rebellion by the Department of Justice and Solicitor the General.

But still, the senator is standing ground on her definition of rebellion despite legal luminaries telling her that she is wrong about the Marawi siege being not rebellion. And she continues her attack on Inday Sara.

There must be something wrong with the senses , or the head, of this lady that requires a visit to a shrink.

Hontiveros’ personal agenda of dislike for President Duterte is oozing out through her statement.

President Duterte has declared Martial Law in Mindanao due to rebellion, citing the Marawi siege, the growth of militant Moro groups out to carve out Mindanao as part of their agenda to create a global Muslim caliphate ruled by the Islamic State of Iraq and Syria.

The military is compiling a list of the terrorists and their supporters involved in the siege that includes government officials.

Hontiveros should be in that list for abetting rebellion.

Or better still, the senator should be thrown into the strongholds of the terrorists, so that once soldiers launch a final and finishing assault to completely obliterate the rebels, Hontiveros  would be among those reduced to smithereens.

The country does  not need a member of the terrorist Maute and Abu Sayyaf, like Senator Hontiveros,  sitting in the Senate.

One response to “HONTIVEROS – A MAUTE-ABU SAYYAF SENATOR” 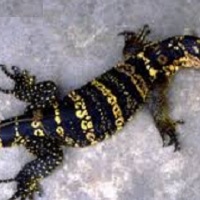 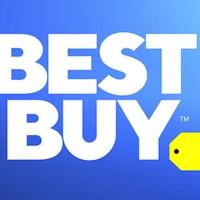 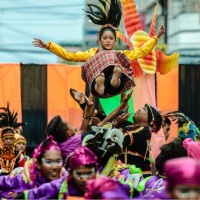 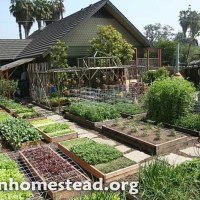 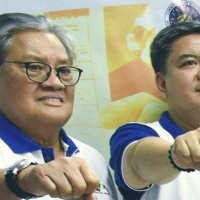