Rappler CEO Maria Ressa is exaggerating by characterizing the media and press landscape in the Philippines under the Duterte administration as “worse than any war zone” that she has been in, Malacañang said on Monday.

Presidential Spokesperson Salvador Panelo pointed out that only those involved in the illegal drug trade who resisted arrest could compare their environment to a war zone.

“She is always exaggerating. It’s only a war zone to those who are involved in drugs and who resist violently any warrant of arrest being served to them or when they are subject to a buy-bust operation and they violently resist as well as imperil the lives of the law enforcement officers,” Panelo said in a Palace briefing.

In an interview over 60 Minutes, a program aired at the news site of American mass media company CBS, Ressa said the Philippine media environment has been “living through three years of this kind of hell”.

“The fact is that every journalist whether here or abroad is free to cover any event in this country and they come out alive and well and very good at reporting even if sometimes exaggerating,” Panelo said.

Under investigation not, under attack

Presidential Communications Operations Office (PCOO) Secretary Martin Andanar, for his part, disputed Ressa’s claims that her arrests and charges are meant to “pound her into silence” for reporting about alleged extrajudicial killings tied to the drug war.

Andanar emphasized that cases filed against Ressa and Rappler were for the violation of the Anti-Dummy Law, tax evasion charges, and a cyber libel case filed by a private individual that has “nothing to do with the administration.”

“Ms. Ressa claims that she is ‘under attack’ by the government; when in fact, she is ‘under investigation’ due to her criminal liabilities, from which no one, not even members of the press are exempt from,” he added.

He said Ressa’s case is not an issue involving press freedom but an issue in violation of the Philippine laws acted upon by respective government agencies.

Apart from AO No.1, Duterte also issued Executive Order (EO) No. 2, s. 2016, also known as the Freedom of Information (FOI) Program which requires complete public disclosure of public records, contracts, transactions, and any information, with exceptions for information relating and affecting the national security, requested by a member of the public from all government agencies under the Executive Department.

Andanar said the media environment in the Philippines is “vibrant and alive” since criticisms from all sectors of the media are welcomed and encouraged by the Duterte administration.

He also denied Ressa’s allegation that the Duterte administration employs social media “trolls” to spread misleading information that is “baseless and unproven.”

“Rappler and Ms. Ressa, herself, have been deemed to be sources of fake news just as some government oppositionists lie and claim that the government spreads propaganda. Needless to say, the spreading of fake news is rampant nowadays, in both traditional and social media, utilized by those who have vested interests in fooling the public,” he added.

He said Duterte administration is in pursuit of the truth, to weed out disinformation, to uphold the free press, and to protect the media.

Andanar, meanwhile, described Rappler’s reports of drug war deaths as “purely estimates cited from sources that suit their agenda and not actual statistics from authorities.”

He said there is no concrete proof that the government sanctions extrajudicial killings.

Citing Panelo, Andanar also defended President Rodrigo Duterte’s supposed admission of his act of killing and that of Operation Tokhang’s, describing them as “hyperbolic expressions” which are not representative of the facts on the ground.

He said Rappler’s reportage “overlooks” the drug war’s favorable outcome such as the decline in the Philippines’ crime rate by 16.16 percent in 2018 from 2016, according to the Philippine National Police (PNP).

Data from the Philippine Drug Enforcement Agency (PDEA) from July 2016 to August 2019 show that PHP35.66-billion worth of illegal drugs were seized, 208,279 individuals have been arrested in relation to illegal drugs, and 445,669 drug addicts have surrendered, he added.

Anadanar, however, acknowledged that there are circumstances the involvement of rogue cops has resulted in injustices.

He ensured that these cops will undertake reformation and that the government will continue to respond to any unfounded allegations through legal means. (PNA) 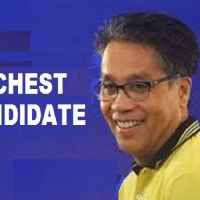 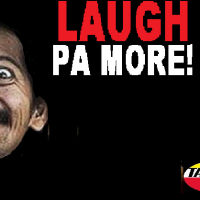