CONFIRMED.  Presidential daughter and Davao City Mayor Sara “Inday” Duterte stands up as her name was called during her confirmation as colonel of the Philippine Army Reserve Command by the Commission on Appointment at the Philippine Senate in Pasay City on Wednesday (March 11, 2020).  Sara became reservist of the Armed Forces of the Philippines in 2008. (PNA photo by Avito C. Dalan)

The promotions of Duterte-Carpio and Ungab, who became AFP reservists in 2008, were confirmed with no objections from the members of the powerful body.

In his endorsement speech, Senator Christopher Lawrence “Bong” Go hailed Duterte-Carpio’s knowledge and experience as a lawyer and a public servant. 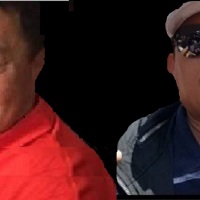