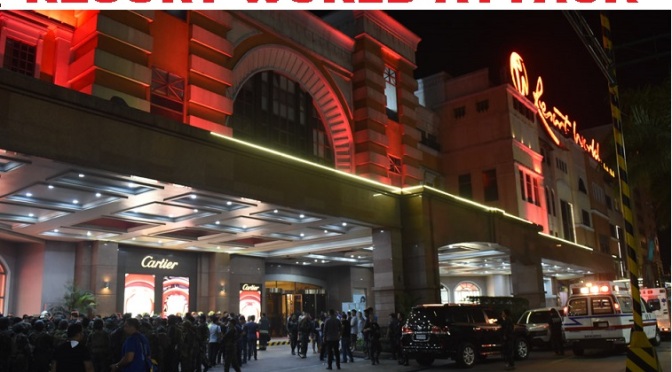 The Philippine National Police (PNP) revealed the identity of the lone gunman of the attack at the Resorts World Manila in Pasay City that killed 38 individuals, including the gunman himself, early on Friday.

The identification of the gunman put to a close speculations that the attack was a terrorist act.

He is married to Jen Carlos. They have three children — one son and two daughters.

Carlos was dismissed from the service for issues on misdeclaration and non-disclosure of his Statement of Assets, Liabilities and Net worth (SALN).

Albayalde added that “at 5:30 a.m. this morning (Sunday), members of his family arrived and sat down with our SITG (Special Investigation Task Group) investigators, after thorough review of details, photos, CCTV (closed-circuit television) footages, the family confirmed the identity of the perpetrator.”

According to his immediate family, his being hooked in casino gambling made him heavily indebted.

This became the cause of a misunderstanding between him, his wife and parents.

His bank account’s outstanding debt of PHP4 million and several other non-bank related debts prompted him to sell his Ford Ranger.

During the press conference, the gunman’s parents, Fernando Carlos and Teodora Carlos expressed their deepest sympathy to the families and friends of the victims and to the public in general.

“Today, we hope to have brought closure and peace to the bereaved families,” Albayalde said.

According to Albayalde, the wife of the gunman remained silent during the press conference as she was “depressed” while thinking about their three children aged, 17, 13, and 8.

Jessie’s wife also did not finish the press conference and hurriedly left the place.

“We also reiterate our prior statements that this is not an act of terrorism but this incident is confined to the act of one man alone as we have always said,” Albayalde said.

“We have and will continue to base our pronouncements on facts and evidence properly gathered,” he added.

“We will not allow people or any threat group to use this situation to advance their propaganda or personal causes whether foreign or local. This is our duty to the Filipino people and to the international community,” Albayalde said.

Albayalde added that the Philippine Amusement and Gaming Corporation (PAGCOR), on April 3, 2017, barred Jessie Carlos from all casinos, including the Resorts World.

Likewise, the NCRPO chief urged the public not to spread false speculations connecting the incident to terroristic act.

“We ask for people to stop spreading false speculations linking this act to terrorism. Again, as we always maintained, this not an act of terrorism! Help us build peace here in our region by spreading only the truth,” Albayalde said.

“Moving forward, we will continue to investigate, we ensure to the families that we shall spare no one of any lapses committed during the incident,” he added. (Perfecto T. Raymundo/PNA)

AFP spokesperson, Brig. Gen. Restituto Padilla, said Saturday claims made by the terror group do not match the known facts of the incident.

“The pronouncements of this group do not corroborate the facts on the ground. As it is, the RW (Resorts World) incident has the signature of a criminal act that needs deeper investigation to ascertain the real motive behind (it),” he added.

According to news reports, ISIS claimed its fighters carried out the attack in a statement released by its Amaq News Agency on Friday.

Padilla noted that the incident does not have the slightest signature of terrorism.

“As in previous incidents, this group is prone to claim and admit every criminal incident and label it as its own, clearly indicative of its pure penchant for propaganda,” he said.

Early Friday, an unidentified man, armed with an M-4 rifle, barged into the luxury casino hotel, shooting indiscriminately and causing panic among hotel guests. He also set fire to gaming tables and stole PHP113 million worth of casino chips, which were later recovered. Authorities later found the gunman burned beyond recognition in a fifth floor hotel room.

The police has said at least 37 hotel guests and employees died of suffocation due to the fire while at least 78 were injured and brought to various hospitals.

Padilla has earlier called on the public “to remain calm, be responsible social media users and not to spread alarmist messages that actually hamper the security of Manila, that may generate overreaction on the part of the public, that may unduly incite the public to overreact”. (Priam F. Nepomuceno/PNA)

Thai authorities said Tuesday they were hunting a man shown on security footage strolling into a packed religious shrine wearing a bright yellow T-shirt and leaving a backpack before an explosion killed at least 20 people.

The attack occurred on Monday in one of the Thai capital’s most popular tourism hubs, ripping through a crowd of worshippers at the Hindu shrine close to five-star hotels and upscale shopping malls.

At least 11 of the victims were foreigners, with Chinese, Hong Kong, Singaporean, Indonesian and Malaysian citizens among the 20 confirmed killed, police said.

More than 100 other people were injured in the blast that left body parts, shattered glass and incinerated motorcycles strewn across the crushed concrete of a busy intersection. 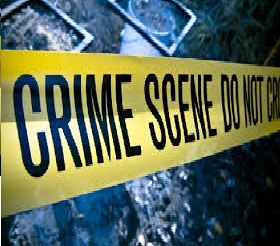